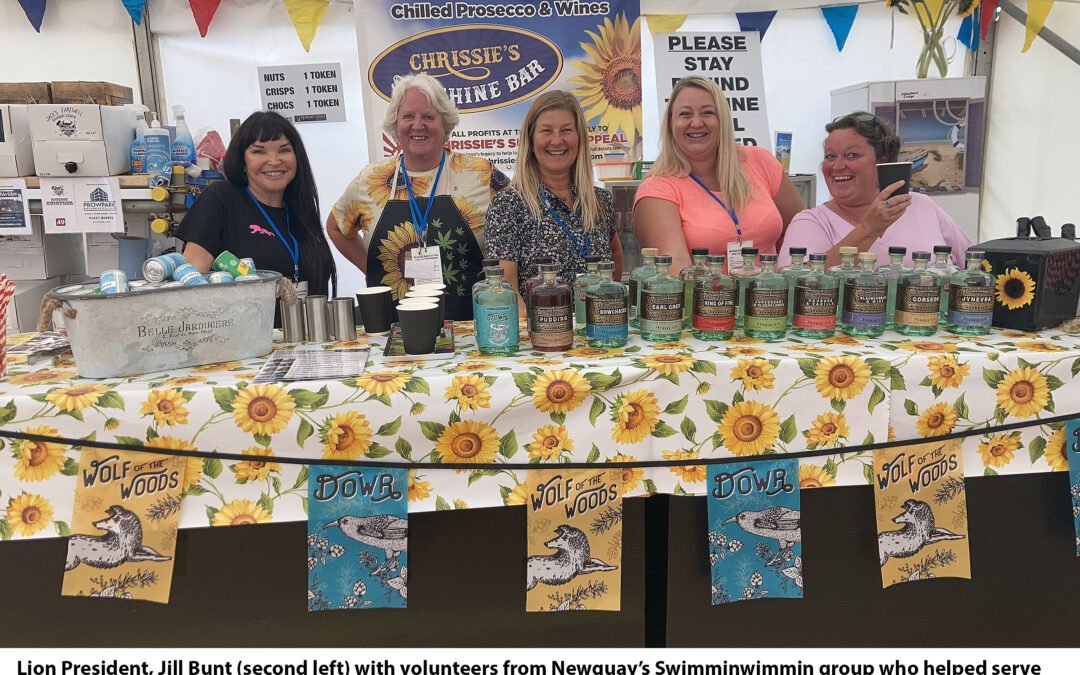 Festival director, Lion Andy Hannan, of Newquay Towan Blystra Lions Club who organise the event said: “This has been the most successful festival since we started running it in 2013. I’m delighted to be able to confirm that we have raised over £15,000 which the club will ensure is used to the benefit of the local community.”

“There are so many people we have to thank for helping us that I can’t mention them all. However I would like to highlight the ongoing commitment and generosity we receive from Hendra Holiday Park in hosting the event, all the magnificent businesses and individuals who sponsor us and the fantastic musicians who play for us, year on year, totally free of charge,” said Andy.

For the first time, the festival featured a gin and fizz bar which the Lions agreed would be dedicated to supporting the charities nominated by the late Chrissie Jackson and, out of the total raised, £2,500 will be used in this way. These good causes include the RNLI, Royal Cornwall Hospital and MacMillan Cancer Cove Appeals, Prickles and Paws Hedgehog Sanctuary at Cubert, as well as The Sunrise Centre, Bodmin Moorland Pony Rehabilitation and Sally’s Cat Rescue. Information about Chrissie’s appeal and the causes supported can be viewed at www.chrissiessunshineappeal.com

As regular supporters of Chrissie’s Appeal, Newquay Road Runners also contributed £900 after completing a dawn to dusk 10k relay run to and from the Beer Festival site at Hendra on the Saturday of the event. Of course, they then needed some refreshment and popped into the site to soak up the offerings and atmosphere.

Plans for the 2022 festival are already underway and the date has been set for Friday 23 to Sunday 25 September. Tickets will be available online in the next few weeks at www.newquaybeerfestival.co.uk.