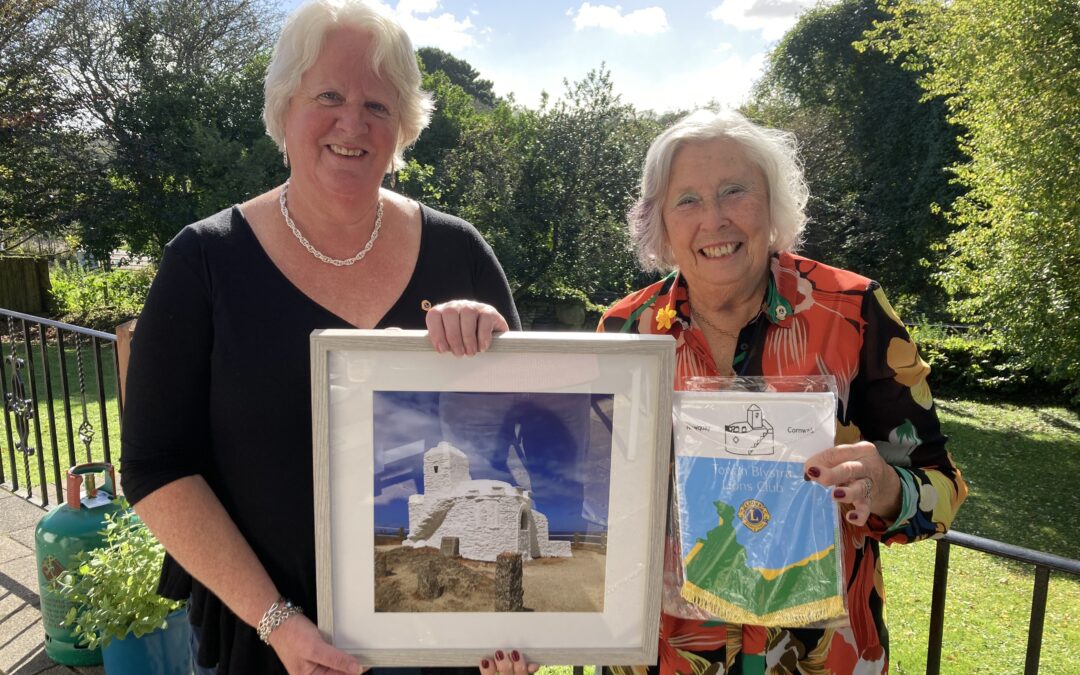 Members of Newquay Towan Blystra Lions Club have wished a fond farewell to one of their former presidents, Lion Lesley Clarke, who, with her late husband, Ken Clarke was one of the driving forces behind the establishment of the club in 2008. During her time as a Lion, Lesley has also served as the district treasurer, district secretary and district governor, while being a mainstay of the two clubs she has been involved with, Towan Blystra and Truro Lions. She has served as president of both these clubs as well.

Having moved from Newquay to Truro to live some eight years ago, Lesley transferred to Truro Lions but remained an associate member of Towan Blystra, always giving her time willingly and generously at club events like Newquay Beer Festival where she looked after the token sales kiosk every year since it started in 2013. Lesley has now sold her home in Threemilestone and will be moving to be closer to her family in Norfolk in early December.

Whilst in Newquay, Lesley was a member of both Newquay Town Council and the former Restormel District Council, where the had the honour of being mayor to both institutions. She has also been a school governor and board member of several local community based organisations including Lane Theatre and Newquay Gateway Club.

Lion President, Jill Bunt, wished Lesley well with a framed photo of Newquay’s Huer’s Hut which forms the basis of the club’s banner which Lesley will present to her new Lions club on her arrival in the east of the country. The photo, taken by Jon Goodman, is one which Lesley said will be proudly displayed in her new home, “as a special memory of the happy times Ken and I spent in Newquay.”

Jill said: “Lesley will be greatly missed and leaves with the all of our special wishes for her future. Whilst we will be sad to see her go, we are sure that moving closer to her family is a good move and one which she will not regret. The Lions in Norfolk will definitely be getting great value from this very special person who we have grown to know and love as a friend over many years.”