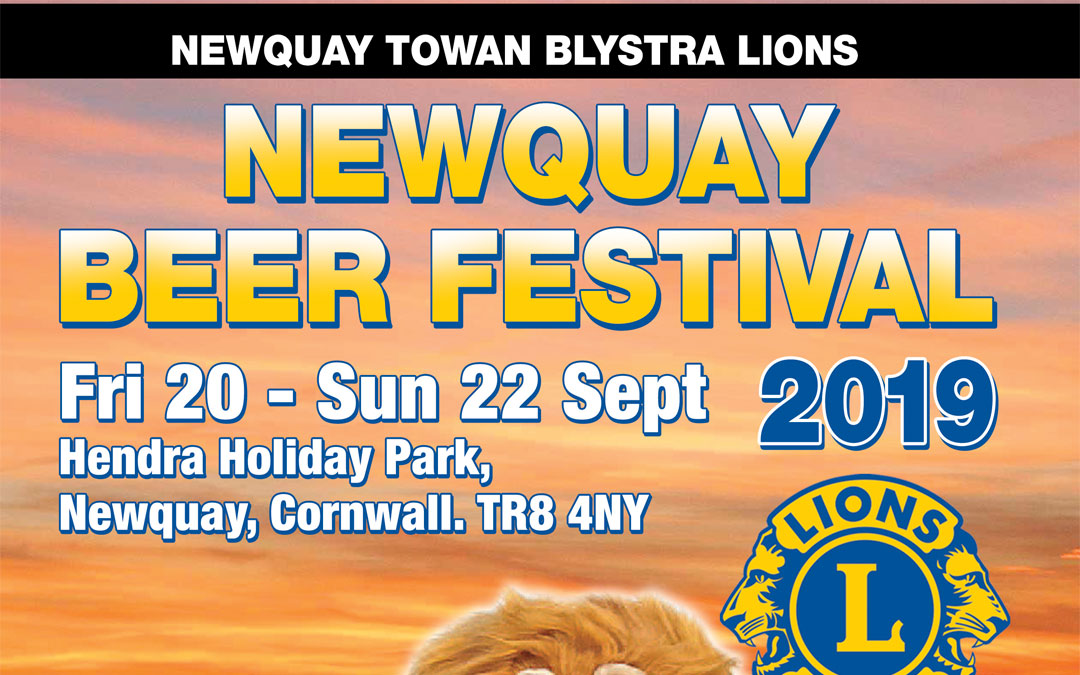 For those who have been awaiting the line up of beers and ciders which will be available at this year’s Newquay Beer Festival, Towan Blystra Lions Club, who organise the charity event have now posted the programme online at www.newquaybeerfestival.co.uk
There’s a great selection, with at least 100 different drinks (50 beers and 50 ciders) from all over the country, and the programme includes information about all the festival sponsors and supporters who have made this year’s event possible. Since it started in 2013, Newquay Beer Festival has raised over £40,000 for local charities and good causes and it is hoped that this year will continue this trend with one of the causes being supported from the process being Chrissie’s Sunshine Appeal, established by Voice co-founder, 46-year-old Chrissie Jackson after she was diagnosed with stage four cancer earlier this year.
Also included is some information about the musical acts which have so far been confirmed as playing at the festival and details about how you can stay at Hendra for the event from as little as £7.50 per pitch per night, or, if you fancy making a long weekend of it, just £60 including festival entry.
Festival director, Lion Andy Hannan said: “There is so much effort from a dedicated group of volunteers which goes into putting this event on every year and the fact that over 100 businesses and individuals have been generous enough to support us with their sponsorship, time and other support means that this really is a fantastic community event.”
Newquay Beer Festival runs from Friday 20 to Sunday 22 September at Hendra Holiday Park, Newquay and booking tickets and camping in advance, at earlybird rates, is available on the website.
CLICK HERE TO VIEW THE PROGRAMME ONLINE