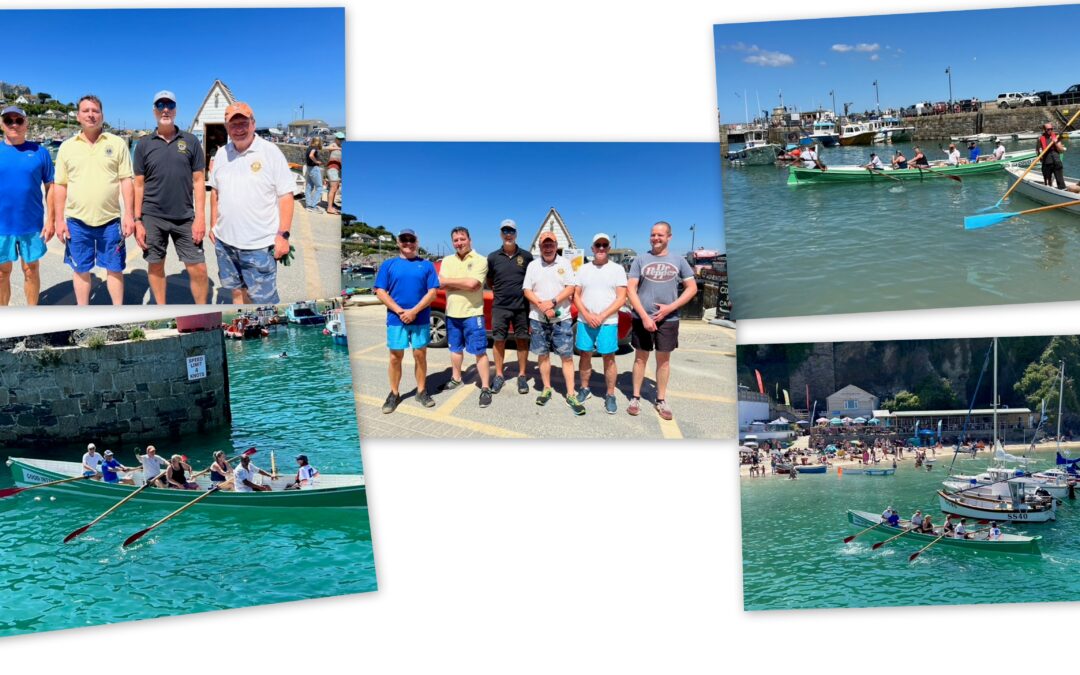 Newquay Towan Blystra Lions Club members and two friends of the club, Dave and Rob who were on holiday from Wiltshire, formed the basis of two pilot gig crews in this year’s Childrens Hospice SW charity gig race. Towan Blystra Lions, Phil Bunt, Alan Oatey, Chris Bernard and Carl Leadbetter were cheered on by Lions Jane Leadbetter, Barbara Pearson and club president, Jill Bunt.
The annual event, which is held with the support of Newquay Rowing Club, sees novice rowers make up crews with experienced gig rowers and compete for a trophy over a straight course in Newquay Bay.  This year, 16 crews took part and competed in three heats before the top six took to the water again for the final race. Whilst neither of the Towan Blystra Lions crews made it into the final, the club’s donation and their support added to the £1,200 presented to CHSW from members of Newquay Rowing Club. A great afternoon in the sun.

Thanks to Lion Alan Oatey for supplying the photos.