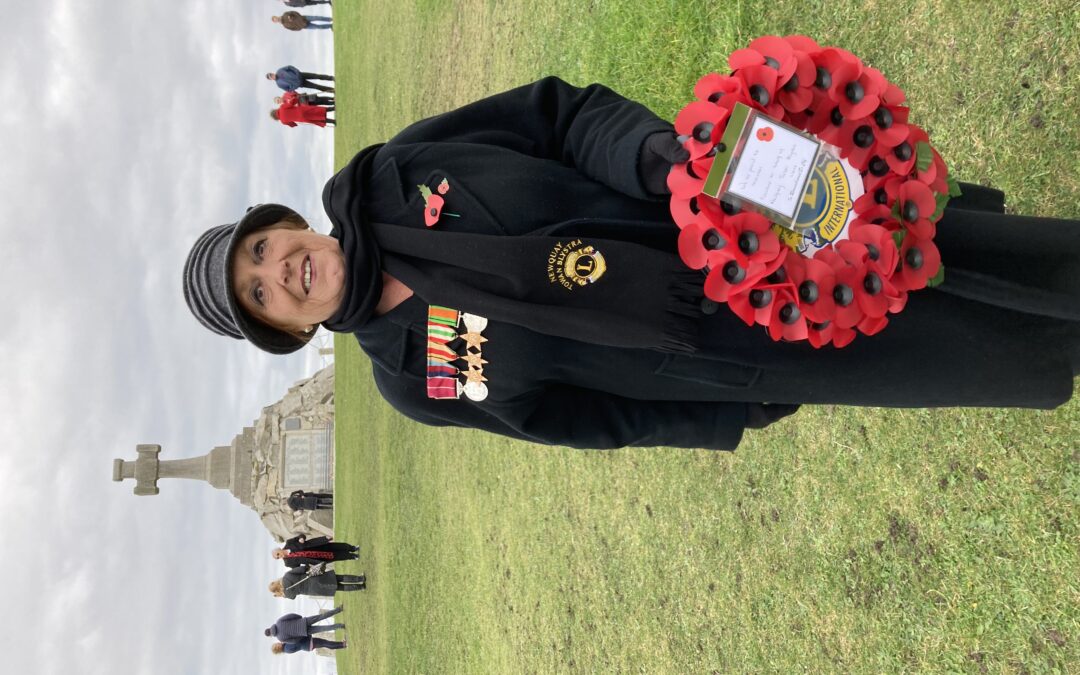 Members of Newquay Towan Blystra Lions Club attended the War Memorial on Newquay’s Headland at 11am on 11th day of the 11th month to honour those who served and gave the ultimate sacrifice for others in previous military conflicts. Club Secretary, Tricia Roberts, laid the first of two wreaths on behalf of the Lions with the second due to be laid by Club Treasurer and Vice President, Heather Stanley on Remembrance Sunday (14th November). The event was also attended by club president, Lion Jill Bunt, who had asked Tricia to lay the wreath for the club and in acknowledgment of the role her late father, Roy, had played as a member of the the military in previous conflicts. Tricia wore his medals, including the British Empire Medal (BEM) granted in recognition of meritorious military service, with great pride. 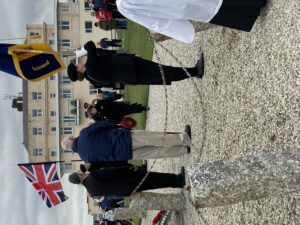